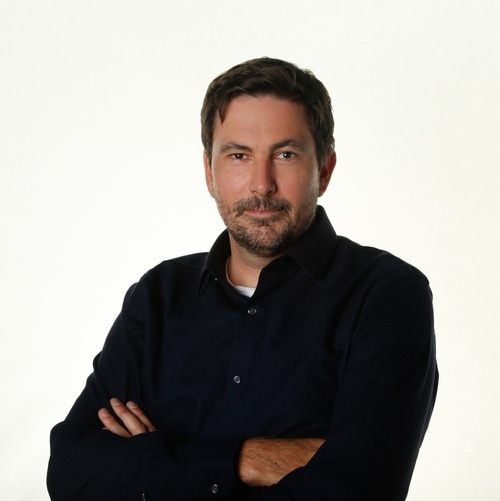 The uncomfortable truth is humans do stupid, counterproductive, counterintuitive things all the time. The contradiction between people’s intention and action and getting people to change ingrained habits is hard, especially bad ones.

The first instinct of many Fintech founders is to address the opportunity they see in the market with new features and functionality, a logical engineering driven approach. People don’t budget? Create a budgeting tool.

Focusing on features and functionality only solves part of the problem. Solving for psychology is in many cases the bigger issue, and one many Fintech companies are not naturally built to think about. Applying the same problem solving rigour here as is applied in engineering will accelerate the adoption of Fintech and the benefits it can bring to society and the economy.

Getting people to change bad habits is hard

If you can solve for just one of the following, scaling a Fintech venture will be easy:

Getting people to change poor health habits and prolong their own life by up to 10 years is a substantial challenge albeit with a massive and almost guaranteed payoff.

Getting people to change their financial habits is no easier — in fact it’s probably harder. Personal finance is something most people are very reluctant to talk about or engage with, even within their own family and friends — so why should they open up to you and your company?

The answer at least in part lies in understanding human psychology and solving for non-technical batters as well as leveraging key points of influence such as employers.

Who is Fintech really built to serve best?

Let’s assume there are 3 type of people in the world defined by their financial state:

The first, happy group, are informed and active in their management of both spending and earning/investments. They have mortgages they can afford, 401K’s and separate diversified investments as well as savings and a good credit rating. They keep spending under control and check and balance the books each month. Good for them — I hope you are in this group.

Sadly this group is a minority. Fintech will impact this group, but barely, bringing possibly some degree of ease of access to services or information — but they have largely solved these problems themselves and any benefit is only marginal to their overall well being — they don’t, sadly, represent the mass market.

The majority of people fall into the second and third groups:

Such a vast collective group is of course highly diverse and includes the affluent middle class with poor money habits, youthful Gen Z (under 22 as of 2019) just starting out on their economic independence, those with incomplete or poor education levels, recent immigrants without local language, skills or paperwork for access to financial infrastructure, the aged, those with physical or mental incapacity — it’s a broad and complex group.

A portion of this group likely need the support of family, government, state agencies or NGO’s — for one reason or another they fall into the third group.

The remainder Fintech has the most potential to disproportionately and positively impact. It is this group, still highly diverse, that stands to gain the most from the new functionality, access and support that Fintech companies have so explosively and elegantly sought to solve. Solving for the mass market is what will propel Fintech companies to mass scale, both a business opportunity and an opportunity for social good

Why don’t people use the tools available to them to have a better life outcome?

The reasons for the poor financial outcomes experienced by the majority of people can be categorised into 4 broadly:

Technical-Lack of the skills or tools to access digital services or information including internet access, smartphone ownership.

Educational-Poor understanding of or lack of awareness of either the causes of poor financial decisions or how to solve them. Limited maths skills, lack of access to information or data e.g. they don’t know how much they earn or spend.

Psychological-The last and most pernicious of the barriers to better financial decisions and outcomes is ourselves — psychological barriers and bias compound and amplify all the other challenges in addition to adding their own.

Evolution has not left us well equipped on the whole to make good decisions about often complex financial issues. A small subset of the many things our minds bring to the party include:

Confirmation bias: “I am right because I believe I am”

Myopia bias: “see and interpret the world through the narrow lens of your own experiences, baggage, beliefs, and assumptions”

Stress: the impact of the stress of thinking about and dealing with poverty itself leads to the equivalent of a 13 point reduction in IQ

Self control and delayed gratification: the inability to plan ahead and defer short term gains for long term benefit is in part genetically determined

Aversion to complexity and social bias: many people don’t like maths or consider themselves not good at it, faced with complexity the natural inclination is to default to what the people in our immediate circle are doing — friends and family carry enormous credit card debt passing from card to card — we are more likely to do the same

Warren Buffett provides a neat description of the same problem of humans sometimes being their own worst enemy:

From this small sample the odds of our making a good decision are actually pretty low, left to our own devices.

Behavioural economics and psychology, specifically research in decision making and behavioural nudges gives good direction of how we can at least mitigate some of these mental hurdles. These include making things simple — humans just don’t do well with complexity. Removing friction, automating as much as possible. Visualising outcomes both good and bad (for example seeing a digitally aged image of your own face makes people make better decisions). Notifications and reminders for goals or actions — Fitbit really helped bring this thinking into the mainstream in the fitness space.

It also matters how and what we communicate and Fintech can learn much from the medical industry. Medical professionals are no less susceptible to social pressure in their practice than anyone else — being told that other doctors have adopted a particular strategy will have disproportionate influence over a doctor adopting that strategy themselves than data alone. Throwing facts and graphs at people on their likely investment returns will be equally less powerful than if social pressure is also applied. There is a joke that a rich man is defined as one who “earns $100 more than his brother in law” — it’s not the absolute amount it’s the relative social position that confers powerful emotions and behaviour.

The breadth and depth of fintech solutions is extraordinary — from the well established and known digital bank and PFM sector with budgeting tools and notifications to more niche plays such as Petal providing cash flow underwriting to expand credit access for new-to-credit consumers.

Many not only address functional gaps but usability as well. Usability typically focuses on:

We are building the most powerful financial fitness gyms ever very few however are directly addressing the problem that it is the motivation and action to go to the gym and repeatedly so that is the real heart of the problem.

Three examples of where Fintech firms are at least partially addressing these psychological barriers are Dave, Digit and Acorns.

25% of Americans overdrafted in the past 12 months — mostly due to small everyday spend and recurring payments that are not made consciously but carry significant fees. Dave helps by alerting users and can instantly advance micro loans of up to $75 at 0% interest. Unconscious overspending becomes impossible in this model.

Acorns is one of the clearest examples to solve for the problem of human behaviour with consumers passively contributing to their fund effortlessly once they have linked their payment cards. The consumer has to expend more effort to stop funding their investment account than they do to allow it to remain drip feeding contributions.

Digit has a similar model to Acorns but focussed on capturing and optimizing budgets towards savings.

All the above examples require the consumer to have already made the decision to act — that in itself is a significant hurdle and reduces the addressable market considerably. Whilst we all go through phases of committing to do things for the good of ourselves and others mostly we don’t act on them or do so once and then it falls by the wayside. How do we as an industry help catalyse action over inertia?

The role of employers as an additional channel to behavioural change

Putting aside the highly significant role of government, the role of employers is a key and especially SMB’s who collectively employ over half of Americans in the workplace. Employers have the ability to influence employees financial outcomes both directly and indirectly at the point of most leverage — the source and payment of income for most people.

Fintech companies in the B2B space and especially those serving SMB’s arguably have more potential to influence outcomes for the mass market than any other. Examples include Even which works with employers to provide employees with a holistic approach to financial management, education and support. PAYactive — Provide employees with real time access to earned wages. Brightside — a personalized financial health platform providing employees one place to go for all their financial need.

New FIntech companies are not alone in recognising the role of employers Prudential, Goldman Sachs and Morgan Stanley are all investing in or developing employer led solutions to financial wellness.

There’s no secret to wealth and a longer life or a lack of companies willing and and able to help us — so why do we routinely ignore it or make poor decisions despite all information to the contrary?

Building the need to address human psychology and our own self defeating behaviors, is perhaps one of the most crucial elements of a successful go to market strategy and should be a key element of any startups leadership teams concerns and thinking.

Underestimating or ignoring the irrationality of consumers and their tendency to make poor choices will prevent the vast benefits of Fintech as an industry ever reaching its full potential.